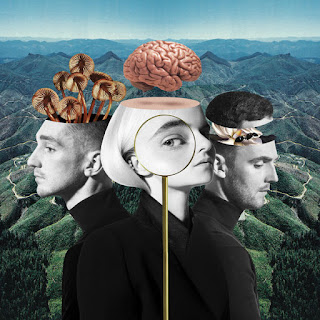 Speaking about the gap between albums, bassist and saxophone player Jack Patterson told Fault magazine in late 2017: "It just takes us so much longer to create each piece of music. But our second one is nearly done – hopefully early next year." Cellist and vocalist Grace Chatto also explained that the album would be "more serious" as well as more "dancey" than 2014's New Eyes, saying: "I think the first album was a lot more light-hearted. While our second album, with the lyrics anyway, are more serious. Some of them are about breaking up, like 'I Miss You' and 'Tears', which are both on the album."

Chatto also explained that the group had written a song for Harry Styles, and during the recording sessions, also worked with Rhodes, Elton John and Gallant. Jack later told The Guardian that the collaboration with John did not make the album because the band "realised there was a sound developing in a certain part of the Venn diagram of the album and we wanted to push that. It was kind of this tropical, plastic-y, mournful sound, whereas his songs were more from the Rather Be world." A track was also recorded featuring Chatto's "childhood idol" Gwen Stefani but it "fell through", which Chatto called "devastating".

Trained as classical musicians, British trio Clean Bandit aren’t afraid to experiment. Their 2014 debut, New Eyes, introduced a flair for genre-bending as they punctuated Mozart with surprising electronic beats and fused guest Jess Glynne’s powerhouse voice to a soaring orchestra. On their second album, What Is Love?, Grace Chatto and brothers Jack and Luke Patterson beef up the guest list to 22 collaborators, including Rita Ora, Big Boi and Luis Fonsi. Luke Patterson tells Apple Music about four great things you’ll find on What Is Love?—and one you won’t.