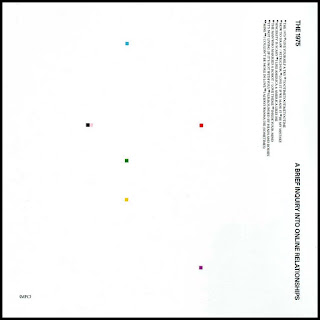 Britain's the 1975 are a sophisticated pop outfit who mix swaggering, '80s-style dance rock and new wave angularity with darkly poetic alt-rock lyricism. Centered on lead singer/guitarist Matt Healy, the 1975 also features guitarist Adam Hann, bassist Ross MacDonald, and drummer George Daniel. Influenced by a range of artists, from Michael Jackson, the Rolling Stones, and U2 to the soundscapes of Brian Eno, Boards of Canada, and Sigur Rós, they often contrast their pop-influenced hooks and kinetic guitar melodies with lushly ambient backdrops. Although they built a loyal following with their extroverted live performances, it was after their track "Sex" was featured by DJ Zane Lowe on his BBC1 radio program that they came to wider public attention.

Following the release of the band's second album, I Like It When You Sleep, for You Are So Beautiful yet So Unaware of It, Healy announced the album with a working title of Music for Cars, sharing the name with the band's third extended play, although it was later clarified that Music for Cars was an "era" for the band, rather than a single album.

A Brief Inquiry into Online Relationships was promoted by the campaign for "Music for Cars" and is the former of two albums released within the era; the latter, Notes on a Conditional Form, is expected to be released in May 2019.