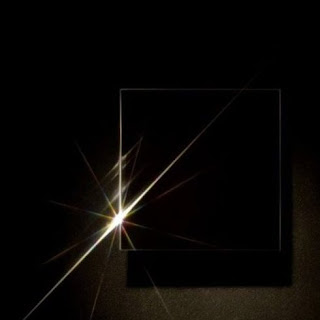 To say there was hype surrounding Hyperion is a bit of an understatement. Gesaffelstein released his 2013 album Aleph and became a cult-icon, a man shrouded in mystery and cigarette smoke. He ascended into a rarified air of cool, adored by everyone across dance music from the darkest of the underground to those on the mainest of the mainstages. He had somehow bridged that gap, while saying very little in public and remaining largely removed from the celebrity music lifestyle. He lived a Daft Punk life without the helmets. On the back of Aleph, he toured pretty hard for about two years and then retired from shows after Coachella in 2015. During that time, he appeared on an A$AP Rocky song in 2014, “Distress” released a soundtrack in 2015 for the film Maryland, but then disappeared. Nothing on socials, no bat signals answered from fans.

Then he appeared on two songs with The Weeknd from the Canadian’s recent project My Dear Melancholy in 2018. This seemed to indicate some sort of a shift, or an expansion in his work, but it wasn’t clear. Then towards the end of 2018, billboards starting popping up in New York and Paris signaling a return to music for Gesaffelstein and a new album. That was confirmed and the hype machine rolled on with fans excited for the return of the Dark Prince.
ADVERTISEMENT

What has come since has been a mixed bag. He released his dark and driving “Reset,” with a video lashing out at the current state of hip-hop. Then came the two most obvious choices for singles, his collabs with The Weeknd and Pharrell that bridged the gaps between R&B and pop.

If you are strictly trying to judge based on fans reactions, you might be a bit disappointed, but they also seem to be forgetting what Aleph was in its entirely. It is true there weren’t the pop or R&B leaning collabs with acts like The Weeknd or HAIM, but it also wasn’t 14 copies of “Hate or Glory” or “Pursuit.” There were some low-fi techno and cinematic records mixed in as well that helped make up the body of the album.

Now we have the complete album to judge it as a full body of work, we can put these songs into context and judge how it all sounds together. The album showcases several different sides of his production, while still not forgetting his dark techno roots. He has grown in the past six years and clearly doesn’t want to copy himself with another Aleph. That should have been pretty clear going into this.

The album starts with the title track "Hyperion," a quirky and somewhat odd table setter that pans quickly back and forth its fast oscillating, almost carnival-like melody. It is cheery in a way, but there is a creepiness to it as if a clown is waiting at the end of this carnival ride. Then he decides to hit you straight in the chest with the dark and driving “Reset” that is the closest you will get to “Pursuit” on the album.

In the meat of the album is his exploration with pop. His single with The Weeknd "Lost In The Fire" is raunchy and a continuation of their past work, using many of the same production techniques from their past songs with clear and punchy drums and catchy hooks. “Blast Off” tries to be funky, but the beat can be a bit anonymous. For a Pharrell track, it feels a little wasted and doesn’t click as well as one might hope from these two.

His next two collabs embrace a darker, more subdued sound. “So Bad” uses quivering low end and skittering drums as HAIM softly coo about waiting for a love that won’t come. He then channels dark synthwave into “Forever” with Tim Hacker and Electric Youth, probably the strongest collaboration on the entire album. Electric Youth’s airy vocals counterbalance the dark and smooth synths before the song switches about 3/4s of the way through into a glitchy techno record.

He then settles into a dark mood to close out the album that channels his melancholy into three more songs that get more and more subdued from the chugging “Vortex,” to the melodic “Memora.” He finishes on the nearly 11 minute song “Humanity Gone” that feels like a apocalyptic film score decrying the state of the world we live in today. Humanity is gone and not worth saving. As a fellow French person, it is the malaise we all feel.

Overall, Gesaffelstein is back and certainly sharing a different tone of voice. This isn’t the dark and angry Aleph, but something that wants to experiment with different parts of the music business. Six years is a long time and he doesn’t seem like someone who wants to retread on the same paths. Some of the pop collabs fall a little short, but overall he does well when bridging gaps and bringing these artists into his world. The rest of his songs are slower, but reflect a different feeling and time in his music. His past work isn’t going anywhere.