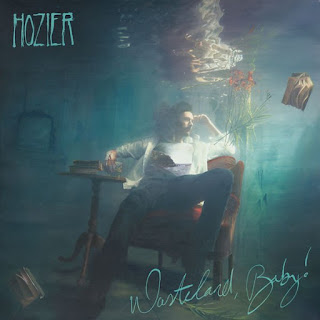 “Destruction” isn’t usually the word most people associate with Irish singer-songwriter Hozier’s music. So it’s surprising when, taking stock of his second album, Andrew Hozier-Byrne tells Apple Music, “There was either language that seemed to focus upon drowning or the burning of things, or the ending of things.” Fear not: This is hardly a gloom-and-doom record, despite the subject matter occasionally veering toward end times. Hozier’s cynicism, when it’s present at all, can’t help but be subtle, tongue-in-cheek, maybe even a little sweet—and, more often than not, couched in endlessly hummable melodies and bluesy, folky guitar lines. “It's held at a distance,” he says, “but so too is hopefulness.” Hozier puts that balance into perspective while talking us through each of the album’s songs.

"The artists I'm singing about [Nina Simone, James Brown, Joni Mitchell, Woody Guthrie] managed to define the zeitgeist in which they lived by just writing about the times and how they experienced the world, and then, as a result, provided us with a document and a legacy that lives forever. The intention was to be a thank-you note to that—and something that was decidedly uncynical. I wanted to write something that spoke to that spirit of action in music. Mavis Staples is somebody who embodies that in a very real way."

Wasteland, Baby! is the follow up to Hoziers critically acclaimed self titled debut album, which has now amassed over 2.5 billion streams while his total and the album has sold over 850 thousand copies in the UK, going platinum in the process, while the record has sold 4 million copies worldwide. Hozier received a nomination for Best International Male; at the 2015 Brit Awards.