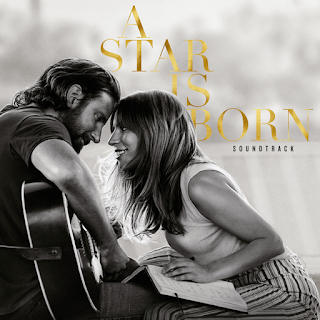 In March 2015, Warner Bros. announced that Bradley Cooper was in talks to make his directorial debut with A Star Is Born, the fourth remake of the 1937 film of the same name. Lady Gaga was officially attached to the film in August 2016, with the studio green-lighting the project to begin production in early 2017. Cooper plays Jackson Maine, "a veteran country singer who discovers and eventually falls in love with a struggling singer-songwriter named Ally, played by Gaga." Gaga "helped inform Cooper's performance as a musician".
Cooper spent two-and-a-half years prepping for the film and determining what kind of musician his character would be. He worked with a number of musicians and vocal coach Roger Love. Cooper said, "by the end he just kind of started developing into his own sort of creation. If I had another year of prep, it would have been complete rock, but now it's some sort of hybrid."
A Star Is Born is the soundtrack album to the 2018 musical film of the same name, performed by its stars Lady Gaga and Bradley Cooper. It was released on October 5, 2018, by Interscope Records. Gaga and Cooper collaborated on the soundtrack album with an assortment of country musicians, including Lukas Nelson, who also stars in the film as a member of Cooper's band. For the more pop-oriented songs on the soundtrack, Gaga teamed up with recurring collaborator DJ White Shadow. The soundtrack also includes contributions from Jason Isbell, Mark Ronson, Diane Warren, and Andrew Wyatt of Miike Snow. Commercially, it has topped the charts in Australia, Canada, Croatia, the Czech Republic, Estonia, Greece, Ireland, New Zealand, Norway, Scotland, Slovakia, Sweden, Switzerland, the United Kingdom, and the United States.