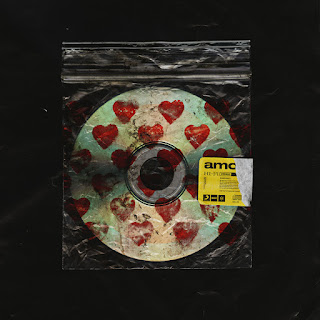 The Sheffield rockers’ sixth takes a dramatic stylistic leap. Amo isn’t as barmy a move as Spinal Tap’s spoof Jazz Odyssey, or Chris Cornell’s real-life crunk album, but the blend of rock, balladry and electronics is a long way from BMtH’s deathcore origins. Slightly mirroring Linkin Park’s electronic remap with A Thousand Suns, there are quiet piano parts, bleeping synthesisers, electro raps and even what sounds like a children’s choir.

After packing 2015’s platinum That’s the Spirit with what frontman Oli Sykes called “bangers”, the delayed album is – cue fear in the record company boardroom – one the band made for themselves. The album’s first three singles missed the Top 40 (which, granted, isn’t unusual for the mainly album-shifting Yorkshiremen), but they’re hardly uncommercial.

Mantra, the heaviest thing here, mixes trademark BMtH riffola with choir-like keyboards similar to New Order’s Blue Monday. The anthemically sarcastic Wonderful Life – in which Sykes cries, “I’m getting high on a Saturday night … Nobody cares if I’m dead or alive” – could hit home just as much with someone strung out in a swish LA hotel as a lost soul back in Rotherham.

Apparently these songs were written in the wake of Sykes’ divorce, and their themes – existential disillusion, lack of purpose, depression and such – are certainly universal. Grimes collaboration Nihilist Blues convincingly addresses fears of ageing, while the (gulp) classically orchestrated I Don’t Know What to Say – about a friend’s cancer death – is undeniably touching.

However, elsewhere, the likes of Medicine, Mother Tongue and In the Dark are anodyne pop that is liable to alienate the band’s fanbase and makes an uneasy fit with their desire to experiment. Other tracks lose their way in processed vocals and unfamiliar styles, with the pattering, drum’n’bass-driven Ouch being a particular nadir. Praise, then, for Heavy Metal, which isn’t that, but is instead a hoot of a groove in which Sykes both tackles emotional loss (“You don’t love me any more”) and faces a possible thumbs down in some quarters with defiant chutzpah: “It ain’t heavy metal, but that’s alright.”