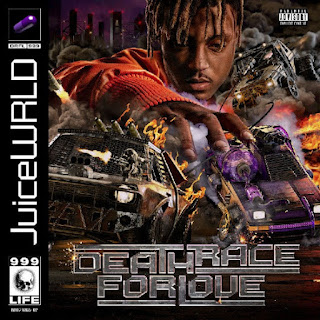 Juice WRLD is a grown-up. The 19-year-old who was drowning young heartbreak in the palliative haze of drugs on “Goodbye & Good Riddance,” his debut album? That was so last summer.

When the Chicago rapper broke into the mainstream seemingly out of nowhere in 2018, he efficiently distilled emo rap — one of the Soundcloud generation’s iterations of trap, infused with the moody melodrama of self-pitying anguish — into memorable hooks, particularly on his chart-topping breakout single, “Lucid Dreams.” Elsewhere on “Goodbye & Good Riddance,” listeners found the soundtrack to a breakup made up of largely monotonous trap production buoyed by keen pop-punk sensibilities.

Yet Juice’s penchant for ear-worm melodies was burdened throughout by often laughably lovelorn lyrics that resembled the angsty, diaristic scrawl of a teen whose heartache over a months-long relationship’s demise is perceived as the end of the universe. Standouts on the album were lost among this repetitive aura. But the simplicity of his hooks, while petulant, was also part of what made them undeniably catchy.

Juice seemed to shift away from this schtick on last fall’s collab record with Future on “WRLD ON DRUGS,” a forgettable and somewhat inexplicable — save for the pair’s shared thirst for the numbing balm of addiction — link-up. But on his second album, “Death Race for Love,” Juice returns in some ways to his brand of sad rap, with all its strengths and weaknesses, while graduating effectively toward some sonic versatility and playfulness.

This evolution-in-miniature was teased on “Robbery,” the album’s lead single (which leaked months ago). Juice leans heavily into pop-punk with elongated moans of misery while a gorgeous piano tune separates the track from practically all of “Goodbye & Good Riddance.”

On “Death Race,” his strongest, most polished melodies are on display, and the record does feel manufactured to chart as high as possible — and, with a bloated 22 songs, no less. Indeed, Juice even throws in a tired dancehall-tinged pop track with “Hear Me Calling,” along with a serviceable Travis Scott imitation on “Big” — which squanders a delicious sample and beat switch in the middle — to cover all his bases.

The agony and drug-love is still there, but is not as heightened or as clearly connected to a breakup. Rather, it’s translated at times into some vague tortured soul character, as on “Empty,” the album’s opener, where Juice proclaims, “I was put here to lead the lost souls / Exhale depression as the wind blows.” The song’s cringe-y lyrics again bog down what Juice does best. He wails infectiously, over beautifully tender piano, but with lines that elicit hard eye-rolls: “My world revolves around a black hole, the same black hole that’s in place of my soul.” Here, depression is less about suffering than about empty affectation and aesthetic; on “Goodbye,” it at least had a source, if naive and arguable on-the-surface.

The persistent irony is that these distractingly bad bars come from a rapper who has proven to be such a skilled and quick-witted freestyler. And yet, “Death Race” still shines beyond these moments. Lines are delivered awkwardly, then become earworms: “Your scars are so gorgeous / Ain’t that a weird way to give compliments?” Juice twangs on the guitar-laden “Flaws and Sins.”

Light instrumental touches — the piano on “Robbery,” a xylophone underpinning “Feeling” — diversify the usual trap hi-hats, and most surprisingly, Juice showcase a relatively diverse palette of styles. On the standout “Fast,” Juice’s smoothly lackadaisical flow and whisper-singing transitions to the tropics of “Hear Me Calling.” Late in the album, the stellar “ON GOD” — essentially a Young Thug song, featuring Juice WRLD — sees Juice trading flows with Thug with an easy and buoyant chemistry. The subsequent “10 Feet,” which strongly resembles a late-in-the-album contemplative Drake track, sees Juice rapping more straight-laced on an atmospheric sample and dense, hard-hitting 808s.

The inventive melodies are consistently present and strengthened even more by his knack for hooks, like “Ring Ring,” a bona fide hit for the genre. But Juice begins to run out his welcome at this point, about two-thirds of the way into 21 full-length songs and one interlude. It can be hard to justify that long an album for most artists, and Juice, while bold in his efforts, doesn’t prove to be compelling enough to keep you engaged, especially with only three features (Brent Faiyaz, Young Thug and Clever appear).

But the extended catalogue is sure to guarantee high-impact riches. His poppy touch and cross-genre deftness tell a similar story to Post Malone, whose own crooning, pop-friendly sound has propelled him to the top of the hip-hop food chain. With “Death Race,” Juice is making a strong case for a similar lane, albeit riddled with more angst, crocodile tears and styrofoam cups. It may just be Juice’s world soon enough.