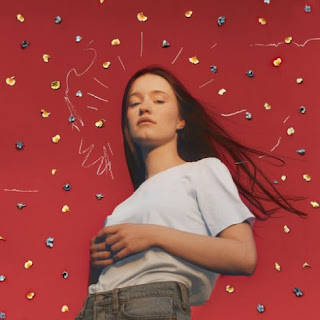 In recent years we’ve seen pop stars evoke a time-honoured strategy on their rise to the top: kill ‘em with kindness. Look at George Ezra, the Nicest Guy In Pop Music™, whose wholesome appeal stretches from a cult youth fandom through to the most precious cohort if you want to dictate the album charts: your parents. Even some of indie’s biggest crossovers in recent years have attempted to digest the new power dynamics in music by appealing to that very audience. The 1975, Bastille and – dare we say it – Arctic Monkeys have shown a willingness to drop the posturing and play nice, if only for a hot second.

Sigrid is no different. Beyond her bulging catalogue of pop bangers, there’s much attention on her likeable persona. See her performances on Jools Holland, Top Of The Pops and The Royal Variety Show for examples of a charismatic artist playing to a mainstream audience, all while her social media presence is a #relatable meme-fuelled bonanza. She’s killed ’em with kindness and it’s paying dividends: last year she was victorious in BBC’s Sound Of 2018 poll, and single ‘Stranger’s gave her a first Top 10 single in the UK.

While she’s technically playing by the rules, though, there’s a streak of defiance in Sigrid. The Norweigan’s major-label debut single, ‘Don’t Kill My Vibe’ was a gigantic FU to sexist gatekeepers, while ‘Savage In Our Blood’ – a live favourite, sadly not on this album – is a political anthem for a new generation of decision makers. Debut album ‘Sucker Punch’ shows the best of both of these sides of Sigrid, though thankfully it’s the edgier one that wins out.

Take album highlight ‘Business Dinners’, a bouncing number in which the 22-year-old tells industry bigwigs that she’s more than just “pictures, numbers, figures” and ‘In Vain’, a spindly number that shows off Sigrid’s voice at its rawest. It’s this transparent and stripped-back side of Sigrid that is the most relatable.

But if anyone’s using this as an entry point to Sigrid’s music – however few of you that are left – there’s plenty of material both old and new to sink your teeth into. ‘Mine Right Now’ and ‘Never Mine’ are galloping, ‘80s-tinged pop belters, while ‘Basic’ appears to be a knowing-nod to her perceived girl-next-door image. Previously released songs are carefully selected, with breakthrough hit ‘Strangers’ and intimate ballad ‘Dynamite’, from her debut EP, earning their places.

Most of all, though, it’s reassuring that ‘Sucker Punch’ doesn’t feel like a meticulously choreographed and cunning plot to make Sigrid a International Pop Superstar. These songs may well do that all on its own, and its certainly a marvellous cap on a two-year campaign that did just about everything right – but it’s also more than that. ‘Sucker Punch’ is the story of a young adult whose tales of friendship, love and more aren’t just relatable because they’re supposed to be – they simply are.