Ben Howard – Collections From The Whiteout 2021 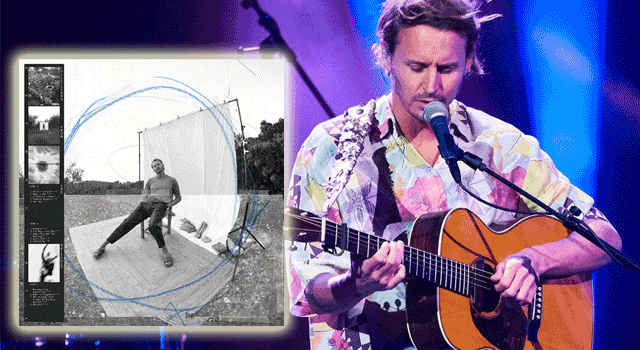 Ben Howard – Collections From The Whiteout 2021
Ben Howard was a laid-back star of English neo-folk who garnered comparisons to José González and wrote songs with titles like “Keep Your Head Up.” But in 2014, he released “End of the Affair,” a dramatic, tortured single that stretched towards eight minutes. His subsequent album I Forget Where We Were was successful enough to top the UK album charts and thoughtful enough that Jason Isbell cited the title track as an influence. The 2018 follow-up, Noonday Dream, was a relative disappointment, full of druggy mood pieces without the craft of Where We Were or the hooks of his debut, 2011’s Every Kingdom. Not long after that, Howard heard the experimental piece “Santa Agnes,” by guitarist Aaron Dessner of the National. Over the next 18 months, the two met periodically to work on Howard’s fourth full-length, Collections From the Whiteout.

In theory, Dessner and Howard are natural collaborators but hardly engaging foils; neither lacks for soft-spoken, brooding ballads. Yet they push each other forward, expanding their comfort zone and making choices that feel genuinely unconventional. Dessner likes to emphasize that his main band’s music is more than just the five men at its center, and the albums he produces often employ the same auxiliary musicians and techniques. Whiteout involves a healthy mixture of Dessner’s team (Jason Treuting of So Percussion, ubiquitous keyboardist Thomas Bartlett), Howard’s team (bandmates India Bourne and Mickey Smith), as well as some new collaborators, like Big Thief’s James Krivchenia and jazz drummer Yussef Dayes. Dayes co-writes several highlights here, including driving, oddly sensual lead single “Crowhurst’s Meme”; his drums make “Sage That She Was Burning” sound more like progressive jazz trio GoGo Penguin than a typical Howard song. “Unfurling” rides a slightly off-kilter shuffle that resembles little in his catalog. Even the songs where Dessner and Howard are alone feel new for them: The arrhythmic pulse and lack of percussion make “Finders Keepers” genuinely unsettling.

“Finders Keepers” is also new lyrical territory for Howard, moving the focus away from his own search for purpose to depict an absurd, macabre scenario in which a friend of his father discovers a dead body in a floating suitcase. On this record, he finds inspiration in the stories of amateur yacht racer Donald Crowhurst and airplane thief Richard Russell, though on the outro of “Crowhurst’s Meme,” Howard admits that he’s “aware of the allegory”—using niche historical events to explore the same inward-looking concepts. His attempts to grow beyond his usual soul-searching meet mixed success; “Far Out” aims for Roald Dahl-style dark humor but a groaner about a gravedigger who can’t “make a killing, what with all of this living” feels meaningless, as does the not-quite-wisdom (“half a life is half in dream”) of “Sage.” Fortunately, the timbre of Howard’s double-tracked vocals helps the more koan-like lyrics go down easy. The most successful storytelling experiment is “Rookery,” where he criticizes a lover’s unfeeling attitude: “I bet you think everything’s in its rightful place/That sentiment is man’s disgrace” nails the acuity he reaches for elsewhere.

Howard has long loved a slow burner, but only one song here exceeds five minutes; the rest are sufficiently edited down that the 14-track Whiteout is the same length as the 10-track I Forget Where We Were. Brevity turns out to be a strength, ending songs like “Unfurling” and “Metaphysical Cantations” before the experimentation becomes repetitive. “The Strange Last Flight of Richard Russell” rapidly expands and contracts in its middle section but never builds on that tension, landing with a non-committal ambient fade-out. Considering how routinely Howard’s songs have stretched out in the past, it’s a genuine shock when one feels too short.

Whiteout doesn’t always sound like a revelation, but it allows Howard to open up, letting in new lyrical and musical ideas that complement his own without overwhelming them. On “What a Day” and “You Have Your Ways,” he incorporates the choruses of his UK hits in the odd time signatures and synths that mark an Aaron Dessner production. Howard winds up not in the realm of the National, but of a weirder Dessner side project like Big Red Machine—the kind that thrives on collaboration. The contributions of outsiders wind up proving how well Howard can hold his own.